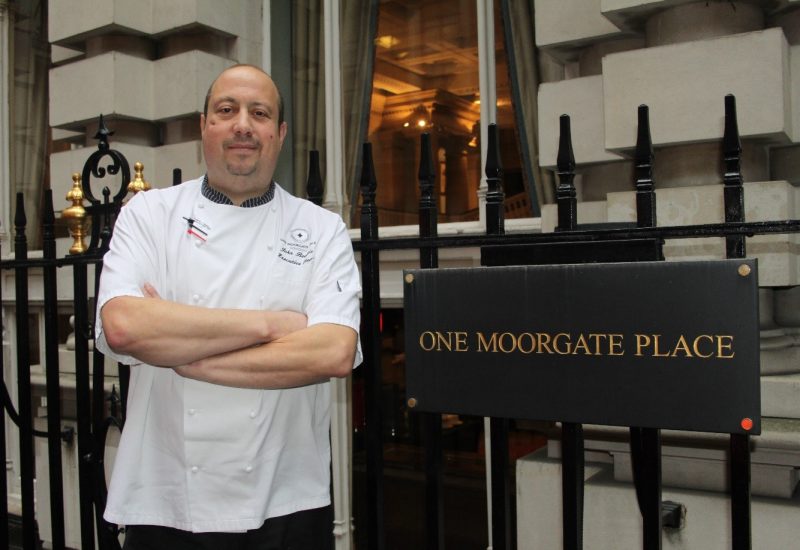 Getting to know you – John Beattie

We have spoken a fair bit about John in our Recipes of the Month. John, our Executive Head Chef has been here for about 2 ½  years. Starting his career in the North East of Scotland, John has also spent time in Newcastle and now London. We could be here all day listing where John has worked but his particular highlight for John was working in Harrods, where he was in charge of 1400 members of staff and 28 restaurants. The best part about working for Harrods was definitely the diversity of the role; her worked across cuisines and contributed to designing bespoke menus for private events.

What would be your menu to impress?

What would be your go to mid-week meal?

I would say some spaghetti with chorizo and a simple side salad. A typical day at One Moorgate Place starts at 6:45am and finishes at 10pm so in the week it’s more about eating something quick and healthy rather than pushing the boat out.

What food can you not stand?

Watercress. It’s completely pointless – it’s way too peppery and completely throws off a dish. There’s no point in adding a bit of green to make your dish look fancy if it’s going to ruin it!

What are you looking for from the chefs?

It’s so important to have a chef with personality. If you’re  willing to give input and are honest, passionate and enthusiasm enthusiastic you will work well in the kitchen as everything else can be learned.

What kind of judge would you say you are going to be for the Great City Chefs?

I am a harsh but fair character as being too critical doesn’t get you anywhere. As an executive chef your role is to give direction and high praise but with experienced chefs you’re bound to have higher expectations and if they aren’t met then I won’t let them get away with it.

If you could compare yourself to a TV judge who would you be?

I think I’d be a cross between Deborah Meaden – because I’m not afraid to be to the point with my thoughts – and Gary Barlow because he’s firm but fair while being a bit of a laugh.